I’m normally a LightRoom CC user, but on one computer that is “close to the camera”, I run an older version of LR (5.7x), just to have as a tool to do quick edits (and previewing what should go into the dumpster :)) This is a plain vanilla desktop computer, running Windows 10 Pro (64), Core i7, 32GB of RAM and an SSD disk.

All of a sudden, LightRoom would “Encounter a problem” (as Windows so elegantly puts it) and leave me with the only option to close the application every time I tried to import new media.

There are many suggested solutions to this problem on the Internet, but after having tried a few of them, I was about to re-install LightRoom 5. A “solution” I absolutely hate. Why on earth should I have to re-install an application to get it working again?! It’s 2017 FFS!

After reading a few more suggested solutions, I ran across one that didn’t make any sense at all. Until I tried it that is. It turns out I had my Android phone connected to the computer via a USB cable at the time. This is, apparently, a known issue. So I disconnected the phone and voila, imports started working again.

So now that Instagram has “finally” launched for the Android platform, can we start breathing again? Put syrup on our pancakes again? Uninstall all of the other Android camera apps? Did we just see a puff of smoke dissipate over the glorious Instagram community?

For many (most?) iPhone and iPod touch owners, Instagram is old news by now. Apparently some 30 million users have signed up for it and/or downloaded the free app. For Android users, it was supposed to be a breath of fresh air. Or something. Apparently, some argue that Instagram for Android is better than Instagram for iPhone/iPod. If that is indeed the case, then I’m really wondering what the hype is all about.

Instagram for Android does very few things that Android users didn’t have before. With apps like Camera360 and Pixlr-O-Matic (and many many more), the available effects, frames, and other photo options surpass that of Instagram by far. The Instagram app for Android looks and behaves like a quick “conversion hack”. It behaves almost like an iPhone app. It doesn’t seem to hook into the regular camera photo shoot process (which allows, for example, Dropbox to push recently uploaded images to the “Camera Uploads” folder). It has very few effects, and the camera controls are very limited.

What’s also odd is that given all the time they’ve had to prepare for the launch, one could argue that they would at least have had the time to correct the URL:s on the actual web pages that showcase your photos. If I upload an Instagram photo, the page on which it is displayed links to iTunes; where of course, I cannot download the Android Instagram app…

Many social platforms have been accused of a lax approach to security. They either make it very hard for their users to enable simple security measures (why?), or they simply don’t have any enhanced levels of security (why?). Facebook does have some of these features available, and they’re not that hard to enable. Go to Account settings > Security and check them out. It’ll take you three minutes, tops, to enable some basic security features. 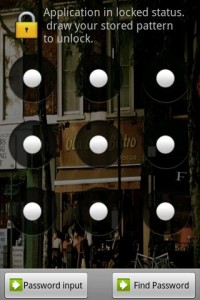 Of course, if you leave your Mobile Phone unprotected, or are using a phone from a manufacturer that doesn’t allow application PIN-code protection, your Facebook App in your Mobile Phone will be your weakest link. If you’re using an Android device, the awesome Perfect AppLock app will let you protect your Facebook App, and anything else you want protected with a PIN-code or unlock pattern; including Gallery, Camera, Address Book, etc.

Google has zillions of dollars (though the dollar bill may soon have the Apple logo printed on it, considering the current “net worth” of Apple), they have almost as many talented coders and co-workers, and they are not short of public exposure nor useful ideas. Google’s approach to releasing services has often been “slow and stealth-like”. First they create the whispers, then they get the media to hype it, then they release the “It’s still in beta” service, and then they improve it one step at a time until God and everyone else endorse it like the greatest thing since sliced bread.

The Google+ Android App is mediocre at best; it lacks many features found in the web version. I understand if some features don’t find their way to a “smartphone” application, but something as basic as a +1 button on a comment to a post seems rather fundamental in the Google+ concept to me. This is from the company that brought you the Android operating system and the Google search engine.

Uploading and sharing media is confusing at best. Being a casual Picasa (Photo service by Google) user, I want to share a photo from one of my albums onto my Google+ stream. All I can find is a “Google Buzz” button when I’m album browse mode. “Google Buzz”? Isn’t that the very service that Google was going to retire? Where’s the “Share on Google+” button? Sure, I can copy the public link to a photo, copy & paste it into a post on Google+, but why all the hassle .. ? And if you “upload a photo to a post”, it ends up in a Picasa album called “Photos from posts” that is by no means virtual. You can not re-organize it or move photos from it to your more “permanent” albums. If I upload a video to YouTube and then want to share it on Google+, I sometime get it working, and sometimes it simply shows the “YouTube – Broadcast Yourself.” heading from YouTube (instead of my own description of the video).

Most plugins for popular web publishing tools such as WordPress that I have checked since the “launch” of Google+ are still lacking support for sharing items on Google+, unless you count the little “+1 this” button.

I realize Google doesn’t own the entire IT industry (yet), but I’m surprised at the lack of coordination.

While everyone was (and still are) hyping Google+ as lightyears ahead of Facebook, the Facebook team hooked up with Skype and went out and added some awesome functionality in one swift move.

I have no doubt Google+ will succeed; too many people are betting on Google+ to do it right, and too many “IT industry gurus”-wanna-be:s have put their money on Google+ for it to fail, so they will keep telling me and everyone else how great it is until we’re all zombified into agreeing. Google+ has some great potential, when it’s ready. So far, the greatest thing (IMHO) is the ability to handle Circles in a swift, easy and efficient manner to control visibility and scope of your posts. Facebook has this too, but it’s much more cumbersome and hard to use. 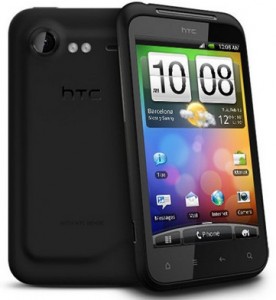 Having recently moved over to an HTC Incredible S from my previous HTC Wildfire, I was eagerly awaiting the Android 2.3.3 OTA upgrade from HTC. Once installed, things were looking good and the phone continued to prove itself as a very nice piece of equipment. Until the ActiveSync functionality began acting up. Synchronizing Calendars and Contacts works fine, but e-mail is a no-go after the upgrade. No detailed error messages are displayed, other than that the sync failed.

One can only imagine how something as big as ActiveSync is in the corporate world cannot be tested by HTC before publishing a release for one of its most recent Android Mobile Phone products. Unusually sloppy for being HTC, I’d say.

The phone? Oh, it’s grand. A little less “framed” than some other HTC phones where I feel the actual case is too wide around the edges. The S-LCD screen is very crisp and allows me to shrink the font size where it’s possible to do so in Android. One could only wish there was a general font size control in Android. It’s weird that the higher the resolution is, the bigger the icons and text becomes. Using HTC Sense, I can fit as many icons on a home screen as I could with my old HTC Wildfire; not exactly what I’d call an improvement. Fortunately, there are things like LauncherPro which works great!

Performance is good. I wouldn’t go as far as to say it’s spectacular, but it’s more than adequate. Games and Video run smoothly. But you can obviously get Android phones with more punch than the HTC Incredible S. The camera is actually usable, but I wouldn’t call it “HD” or anything. Most cheap compact digital cameras do a much better job.

As for ActiveSync failing for e-mail sync with the Android 2.3.3 update from HTC, a workaround is to use IMAP over SSL and then disable syncing of e-mail via ActiveSync. This is a good compromise for now, and something I can live with; but it’d be nice if HTC got their act together and tested their releases before distributing them to their customers.

This is not necessarily a HTC problem; there are a lot of reports about other phones running Android 2.3.3 not being able to synchronize e-mail via ActiveSync; nonetheless, I feel HTC should test these vital functions in their phones before releasing updates.

Last week I was faced with the not-so-simple task of moving a lot of stuff from my old SonyEricsson C905 mobile phone (Symbian) to my brand new, shining, and spiffy HTC Wildfire. As reported previously, this task isn’t as simple as it sounds. Parting with the C905 is hard. It is the one phone I’ve owned over the years that has never let me down, and its camera still beats most cell phone cameras, past and present. Parting with something you’ve gotten used to and come to like is always hard, and when the conversion process to another piece of equipment presents you with a massive mountain to climb, things don’t get any easier 🙂

Moving from a Symbian based cell phone to a “smart” Android phone is not a straight forward process.