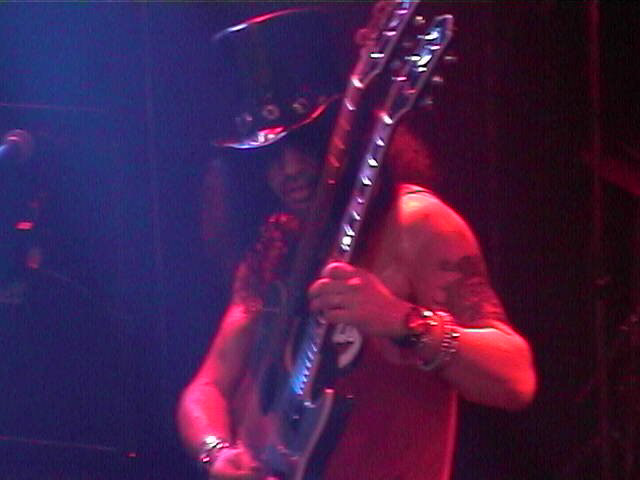 Back from “Klubben på Fryshuset” (which translates to “the Club at the freezer”, more or less), where I watched Slash and his Snakepit band rock their pants off! This was a really great show.

My good friend Rich came up to Stockholm, and I went to pick him up via the Arlanda Express. We grabbed a few cold ones at the central train station and then headed home. The next day, we went to a Christmas Buffét at Ulriksdal’s Inn (Ulriksdals Värdshus), which serve traditional Swedish Christmas Food and Drinks. Rich rather enjoyed that (as most people do who go there).

In the evening, we ended up at the Club to watch Slash and friends. Since we thought it as much too early to go home after the gig, we all went to town and hit the Hard Rock Café; I’m sure we really needed to drink and party more.

Some (rather poor quality, due to.. ehr.. the lighting conditions, of course!) pictures can be found in the gallery, here.

2 thoughts on “Slash’s Snakepit in Stockholm”