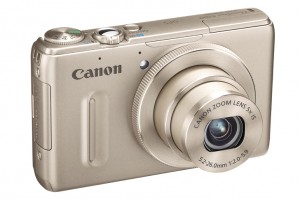 This won’t be the first “review” or “post” about the Canon PowerShot S100 digital compact camera, and it’s likely it won’t be the last. What’s worse, this isn’t really a real review. So if you were looking for one, you may find these links more interesting than my rants about this fine piece of hardware.

There, if you made it this far, you may actually care (gasp!) about what I have to say about the Canon PowerShot S100 digital compact camera.

First off, I’d like to say that I really like those Canon digital compact cameras that I have owned. From the Canon Ixus 400 to the more recent and far more capable Canon S100 (who am I kidding, they’re not in the same universe). They’re rarely at the top of any scale; pricing, quality, or handling. But very few of those I’ve owned have ever let med down.

With the S90, Canon decided to revive their previous “tradition” of a “prosumer” camera that would fit somewhere in the middle of their entire range of cameras. One could argue that their less expensive DSLR would target that void, but alas, one also needs a high-end digital compact camera.

The S90 was great; apart from the RAW image distortion issues. I personally skipped the follow-up model S95, because I use my digital compact camera as a “keep it in the pocket, use when DSLR is not here or too much of a pain to use” type of gear. So I could actually disregard the RAW issues with the Canon S90 and simply set it to only shoot great quality JPG.

So with the S100, I had great hopes. Prayers answered, geek points scored, and all that. But the S100 falls short in two really important areas. And I cannot for the life of me figure out why a company like Canon would do this.

I realize that Canon, like most other high-end manufacturers of digital cameras has an identiy crisis. They keep cranking out compact digital cameras in the low-end and mid-level segments that starts to make inroads toward their high-end cameras. And they do it at a terrifying pace.

So, what are the two most annoying things with the Canon S100 compact digital camera?

Would I recommend the Canon S100? Absolutely.
Am I entirely happy with it, coming from a serious and capable company like Canon, and taking its pricing into account? Absolutely not.

Knock yourself out 😉 and keep on shooting!

1 thought on “1968photo.com Why the Canon PowerShot S100 may, or may not, be something you should get”