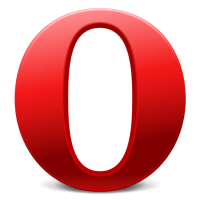 Quite a few people know about Opera, “the other browser”. For many years it has been lurking in the shadows of Firefox and others. Opera 11 may put an end to that, or at least shake things up a bit.

I’ve been using Opera since “I don’t know when”, on and off. Quite frequently, when I’ve tried it, I’ve been put off after a few minutes of trying to view fairly simple website that has failed to render properly in Opera.

I have never once in my years of “playing with Opera” actually checked out their e-mail client. I’ve either favored the awesome Ajax-enabled interface of Work2Go (an e-mail solution offered by my company, WebbPlatsen i Sverige AB), or turned to Mozilla’s Thunderbird or Evolution for an “aggregated view of my e-mail hell”.

A few hours ago, I decided to have a quick peek and see how Opera 11 would behave under Ubuntu 10.10 on my Lenovo X301 laptop.  If I had to sum it up in one sentence, it’d be something along the lines of “That’s pretty damn nice!”. Fortunately for you (?) and me (!), I have this blog where I can make my quick review a few words longer.

This is not a scientific review of Opera by any means. As I mentioned earlier, I’ve usually been put off from further testing Opera after it fails to render some fairly basic websites. Not so this time around. This means I kept it running long enough to think of testing the integrated e-mail client.

So I configured an IMAP account with our Work2Go service, and after having entered some account details, I was up and running with an e-mail client that easily matches Thunderbird on a “basic user experience” level. Many things “make sense”, which is something I really appreciate as a programmer. I often think thoughts like “It would be nice to have ‘this’ function here”, and I found ‘this’ function to actually be where I expected it to be quite a few times. Fascinating.

E-mail clients easily becomes a matter of principle, habit, and religion with their users. I’ve played with Eudora, Outlook, Live, theBat, Evolution, and a few that I’ve long since forgotten the name of, and now Opera 11. Each has its pros and cons, but Opera is definitely on to something here. While it won’t provide me with the total integration that I like in Work2Go (Documents, Calendar, synchronized address books, mobile sync with my HTC Wildfire, etc), I’d say I’ll keep this as an alternative.

But don’t take my word for it, try it out for yourself! And don’t go mistaking the full blown version of Opera 11 with Opera Mini available for many mobile and lightweight environments, they’re a world apart (or “fjord” as it might be).