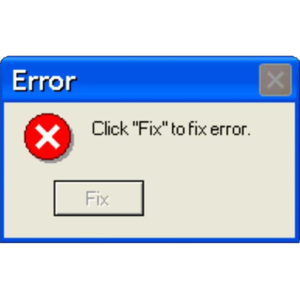 When disaster strikes, a real bare-metal restore bootable USB drive may be your only rescue. And most decent manufacturers of NAS and SAN (Synology in this case) units will have some sort of “bootable media creation tool” available for you. These typically create a minimal bootable environment, from which you bootstrap the computer and then load the bare-metal restore data from a NAS or a SAN.

One issue you may encounter is actually finding the correct network card (NIC) driver so that your about-to-be-restored computer can actually talk to the rest of the world, or at least to the rest of your world. This is painfully obvious in Windows and Windows PE environments.

I recently ran into such a case and thought “How hard could it be to just check the motherboard manufacturer information, find the exact name of the NIC, and then download the driver from the web?” Well, it turns out this can get quite messy for a number of reasons.

In many cases, the operating system will know where to find NIC drivers, and which one to load for a given hardware setup. When you need to manually choose from a list of tens or hundreds of adapters, it not so much fun anymore.

Having checked the web for “Intel I219-V” wasn’t all that exciting, and downloading a “driver package for Windows 10 x64” from Intel wasn’t much better. But Intel does include, in my case, some useful software in their downloads. Most executables in the Intel driver package cannot be executed from within Windows PE. But one, really useful tool, turned out to be SetupBD.exe. It’s located in \APPS\SETUP\SETUPBD in the (executable) archive, and it can run in the Windows PE environment.

Suprisingly enough, all I had to do to get the proper driver loaded was to run SETUPBD.EXE from the CLI, and it proceeded to load the correct driver. My bare-metal Windows PE environment could now talk to the NAS and the bare-metal restore could begin.

(I had previously extracted the contents of the PROWinxt64.exe file to \INTEL on the bootable USB drive. So the actual location of SetupBD.exe in my case was \INTEL\APPS\SETUP\SETUPBD.)